"This is all wrong. I shouldn't be up here. I should be back in school on the other side of the ocean. People are suffering. People are dying. Entire ecosystems are collapsing. We are in the beginning of a mass extinction ​and all you talk about is money and fairy tales of eternal economic growth.   For more than 30 years, the science has been crystal clear; ​political and needed solutions are still nowhere in sight.  How dare you!"​​

The Paris Accord
Since the Paris Agreement was signed, just six US banks have loaned more than $1 trillion to the fossil fuel industry.
https://stopthemoneypipeline.com/glasgow/Our


IPCC August 2021 Report on state of the climate:
https://www.ipcc.ch/report/ar6/wg1/downloads/report/IPCC_AR6_WGI_SPM.pdf​


Notably, the latest reportby the Intergovernmental Panel on Climate Change (IPCC) more clearly attributes extreme weather events to humans’ influence on the climate, pointing out that fossil fuels have caused 86% of carbon-dioxide emissions in the past decade. 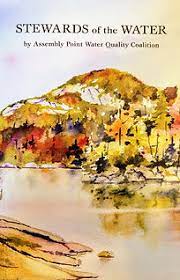 expansion of ideas and context for treaty above

The Green New Deal on a National Level

"The Green Amendment was passed into law in Nov. 2021 by the voters of NYS.

The United Nations Human Rights Council recognizes “the human right to a safe, clean,
healthy and sustainable environment.” In the general election on
November 2, 2021 New Yorkers  followed the UN’s lead and
voted “yes” on Ballot Proposal 2, the Environmental Rights Amendment,  The Green Amendment.
The proposal amends the New York state constitution by adding the right
of each person to clean air, clean water, and a healthful environment.

The passage of the Green Amendment, like the action taken by the UN’s
Human Rights Council, will be historic for New York. It will reverse the
longstanding tradition of government agencies and departments approving
corporate projects over the health and safety of citizens:
regardless of the color of  skin, ZIP code, or how much money a person makes they
have  the right to clean air and clean water and a healthful
environment. It puts these rights in front of every decision the
government makes. For example, before a legislative body passes a law or
a government agency issues a permit or provides a grant, such body or
agency will have to consider if doing so would violate a person’s right
to clean air or water. Decision-makers would be obligated to minimize
pollution, degradation, and environmental harms. And if they fail to
protect these environmental rights, this amendment could be used by the
community, government, and business interests to protect themselves. In
states where environmental rights are in place, the public benefits from
enhanced legal standing in enforcement of environmental laws and
consideration of public trust values.

This amendment was approved by the voters in November 2021;
Ideally there will be no more
Hoosick Falls, where residents have used water contaminated for decades
with perfluorooctanoic acid or PFOA's, a toxic chemical linked to a
plastics plant. No longer will public housing complexes, such as
Albany’s Ezra Prentice Homes, be built in an industrial-zoned area of a
city. No longer will landfills, such as the S.A. Dunn landfill in
Rensselaer, be allowed to be built and continuously operated next to a
school. No longer will incinerators such as Norlite be allowed to
operate within city limits.

The Green Amendment, though short on words, is a powerful document. It
affirms the UN Human Rights Council’s recognition that the pollution of
air, land and water, and the unsound management of chemicals and waste,
interfere with the enjoyment of a safe, clean, healthy and sustainable
environment."

"Were Still In" Town of Queensbury signed 2019. Thanks to Council woman Atherden the Town of Queensbury has singed a mission based statement asserting its support of the Paris Accord: Bloomberg Mayor compact
https://laserfiche.queensbury.net/WebLink/DocView.aspx?id=263453&dbid=0&repo=TownOfQueensbury&searchid=74b2c119-9695-423d-9e0c-cd616f0899f4